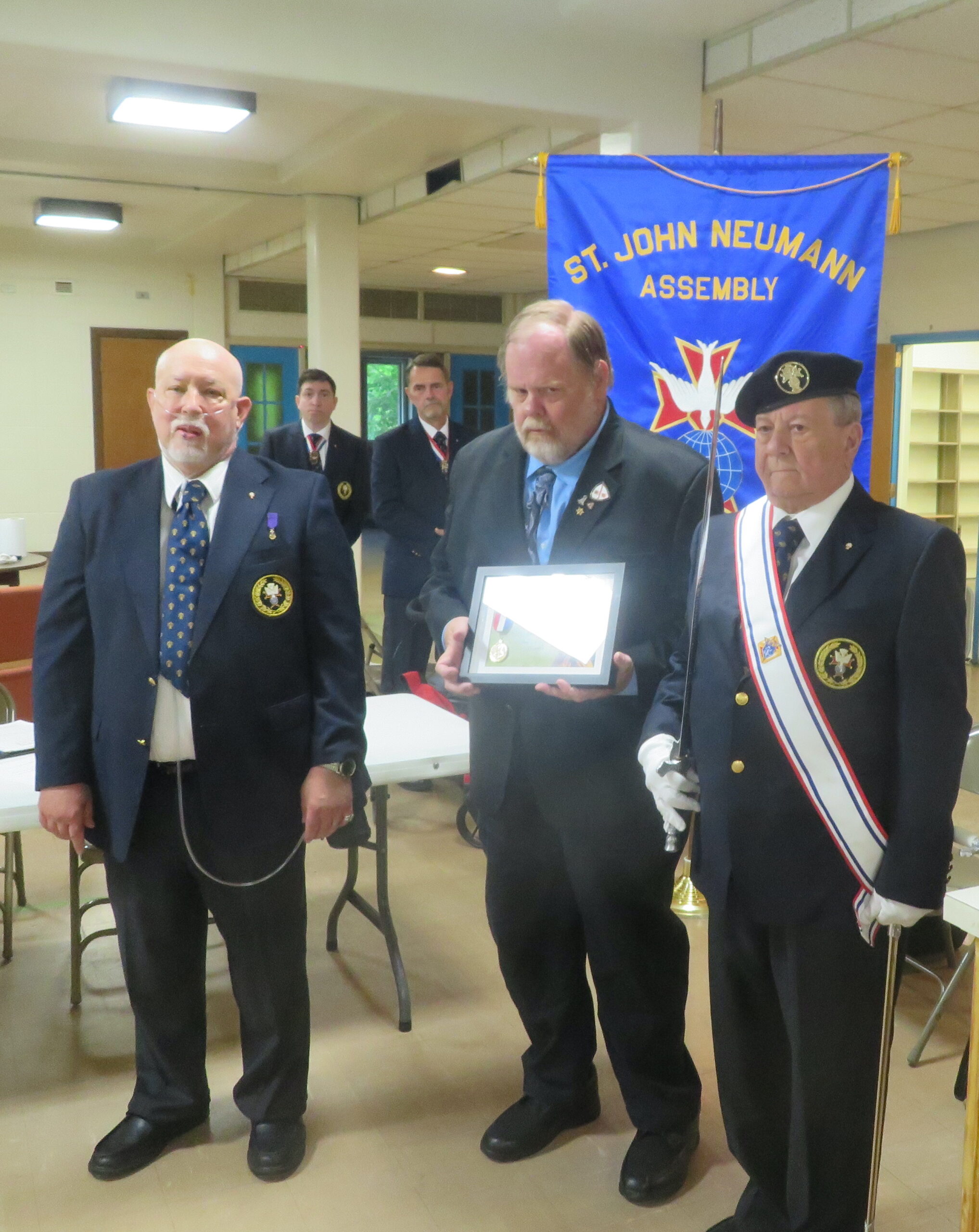 In a Special Conclave held at St. John the Evangelist Council 7515 on June 15th, John Bowan, Advocate for Council 7515 was awarded the prestigious St. John Neumann Medal for 2022. The Saint John Neumann Medal is awarded to a person who has demonstrated exemplary service to God, church, and country. This is the second consecutive year in which a member of St. John the Evangelist Council 7515 received the medal. The late Tom Rossi was its recipient in 2021. Read John Bowan’s Letter of Nomination here.