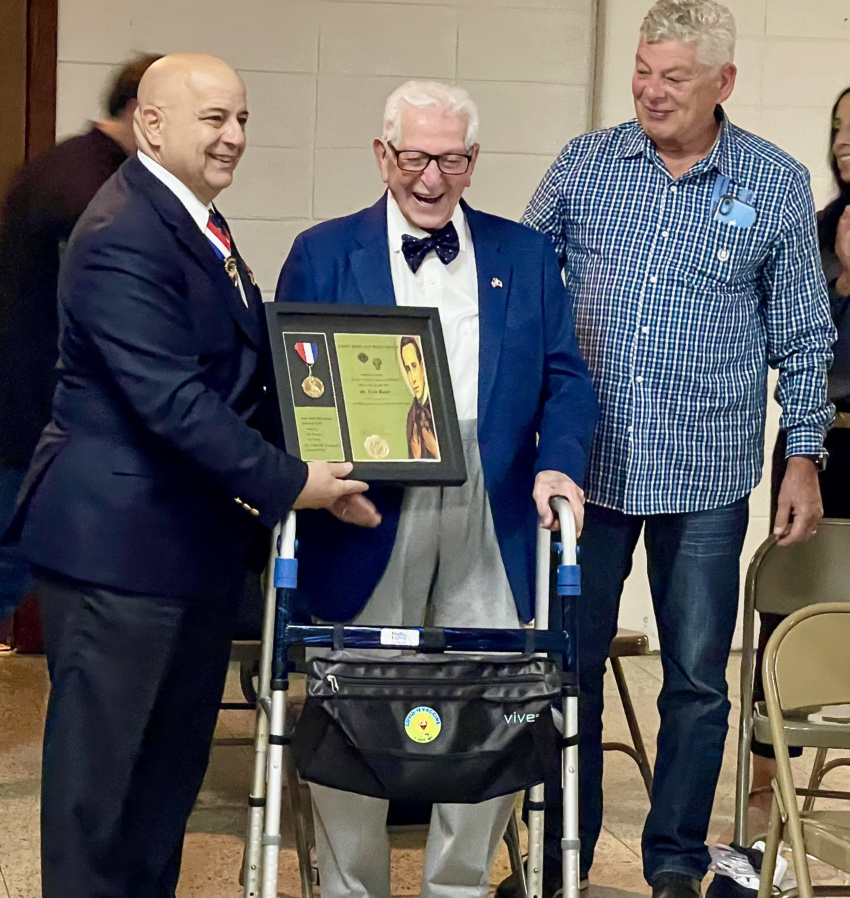 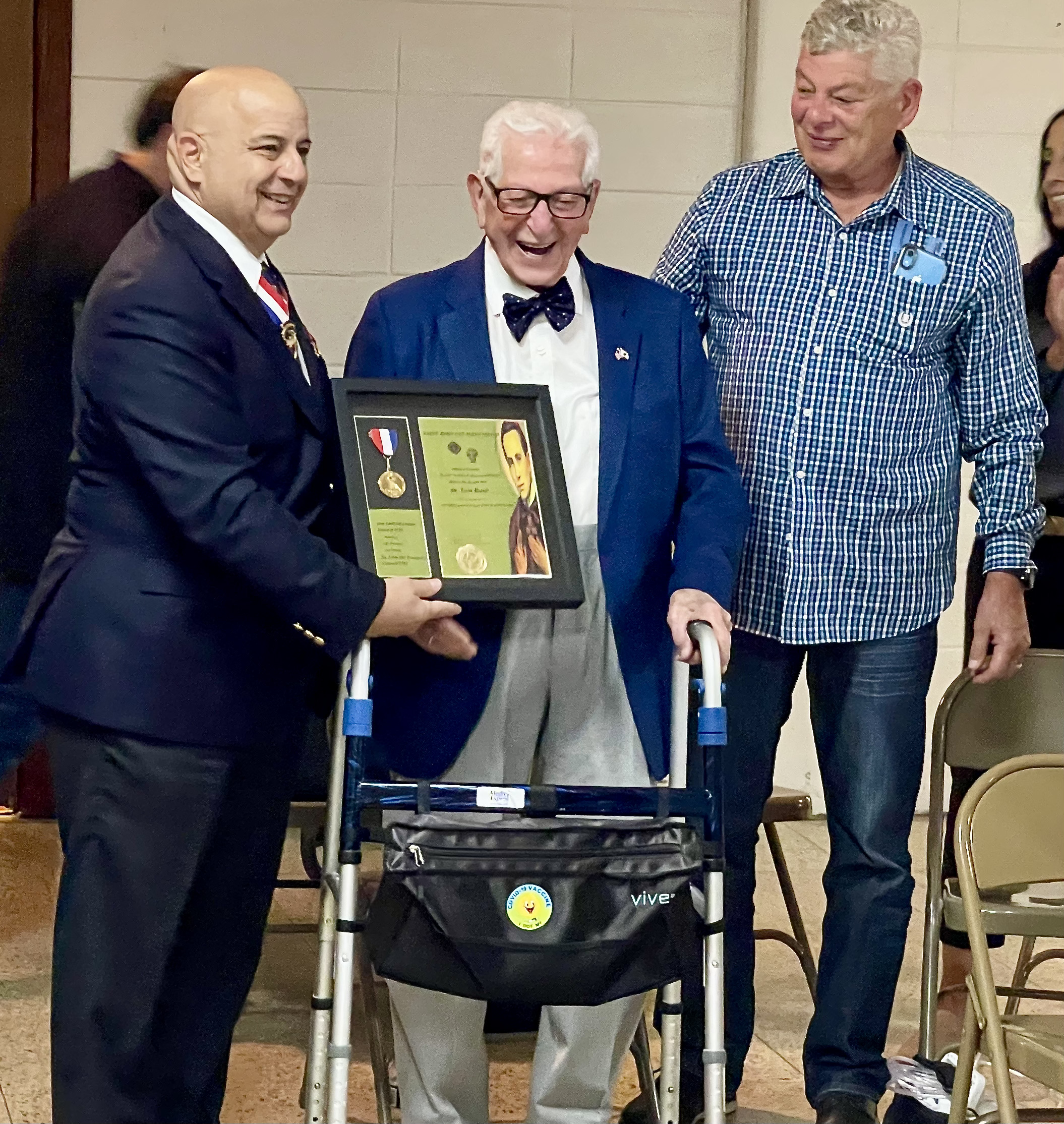 In a Special Conclave held at St. John the Evangelist Council 7515 on October 20th,  Gaetano “Tom” Rossi was awarded the prestigious St. John Neumann Medal for 2021. Michael Ciampoli, Faithful Navigator of the St. John Neumann Assembly 933 presented the award. The Saint John Neumann Medal is awarded to a person who has demonstrated exemplary service to God, church, and country. Only one medal may be awarded per year. During WW II, Rossi served heroically behind enemy lines in Italy as one of the first members of the OSS, predecessor of today’s CIA. Now 102 years old, he has been a member of the Knights of Columbus for 54 years.